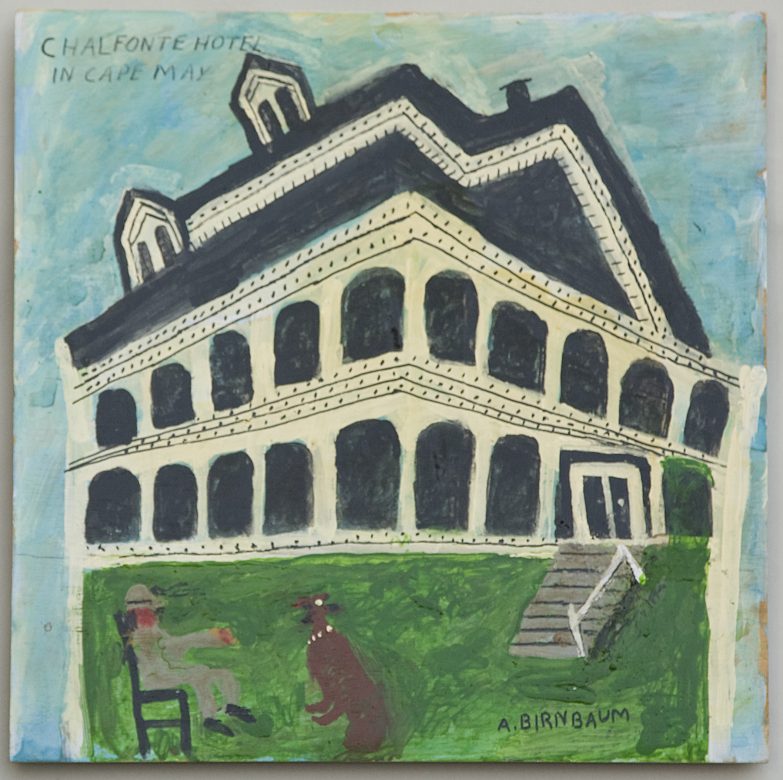 Aaron Birnbaum
(1895-1998)
Aaron Birnbaum lived to be one of the oldest folk “memory” painters, in the same category as Grandma Moses. Birnbaum was born in the Ukraine and immigrated to Brooklyn, New York in 1913. He worked as a tailor/dressmaker for women’s sportswear for most of his life. It was not until his wife died and he reached the age of 70 that he decided to take up painting. Birnbaum painted much in the way he did tailoring, using patterns to design his subjects, usually large birds, dogs and houses. Starting with oil, he later painted with acrylic, finishing the works with a layer of varnish. His images represent an optimistic and gleeful view of the world, much different than his early life experiences.
At the age of 100, Birnbaum received recognition from the American Folk Art Museum and The New York Times and the following year was able to attend a retrospective of his work at the Aldrich Museum of Contemporary Art in Ridgefield, Connecticut. Birnbaum was a true folk artist with a pure expression of generations gone by. He died in 1998 at the age of 102.