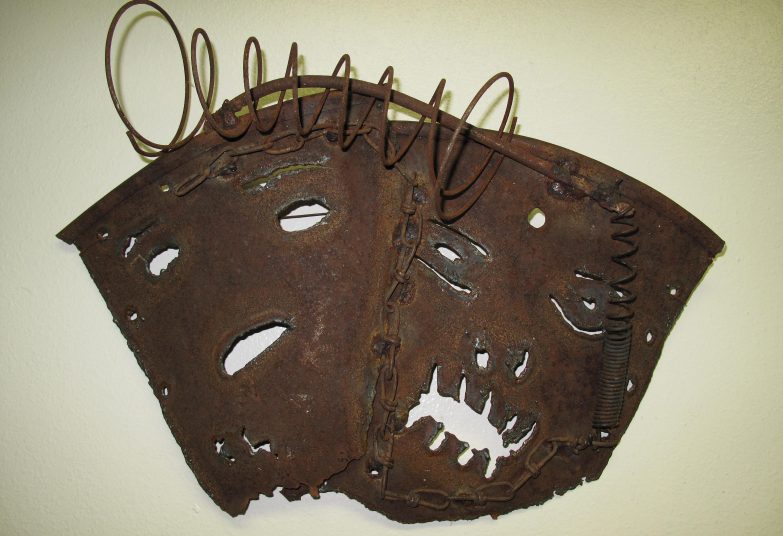 Charlie Lucas
(b. 1951)
“He (God) slowed me down to where I stop running and turn my hand to what I was meant to do.”
Born in Birmingham, Alabama, Lucas grew up in a family that supported itself with skilled crafts: blacksmithing, basket making, quilting, ceramics and needlepoint. Lucas left home at 14 and found employment as a construction worker and truck driver. In 1968, he moved to Miami and tried shrimping, but he found city life overwhelming and returned to Alabama soon thereafter. In 1984, he underwent surgery after injuring his back and was confined to his bed.
During his convalescence, Lucas occupied himself by making small wire sculptures and rediscovered his old fascination with shaping metal. When he was back on his feet, he began creating large pieces. Lucas welds found materials into complex metal assemblages resembling people and animals. He also produces colorful semi-abstract paintings with house paint on canvas and used boards.