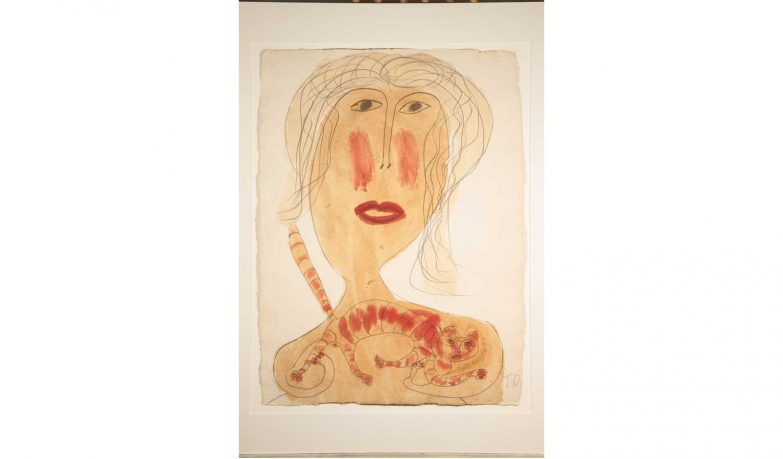 Thornton Dial was born in 1928 in Emmel, Alabama. He was born into poverty with no formal education. Dial worked for a boxcar factory for thirty years in Bessemer, Alabama. He also did iron work, cement work, a jack-of-all- trades. Bill Arnett learned of his art through self taught artist, Lonnie Holley and brought attention of Dial’s work to the art world in 1987. Before that time, his wife, Clara Mae, would make him bury his “junk.” Dial’s early works expressed symbolic human and animal forms, such as tigers, birds and fish painted on paper using bold colors of oil and water based paints. Thornton Dial, sometimes called Buck Dial, creates sculptural objects, large assemblages using found objects. He creates with pastels, paints, toys, animal bones, fabrics, branches which are composed into large emotional works. His works convey deep convictions concerning racial, religious, political, and social valves which he expresses brilliantly in his work. Thornton has had one man shows in New York City, Houston and IMA, Indianapolis Art Museum among others. He is recognized as one of the greatest living self-taught artists in the United States. Not long ago, Dial was unaware of the formal meaning of art; yet, he recently stated in an interview, “Art ain’t about paint. It ain’t about canvas. It’s about ideas. I have found how to get my ideas out and I won’t stop. I got ten thousand left.”