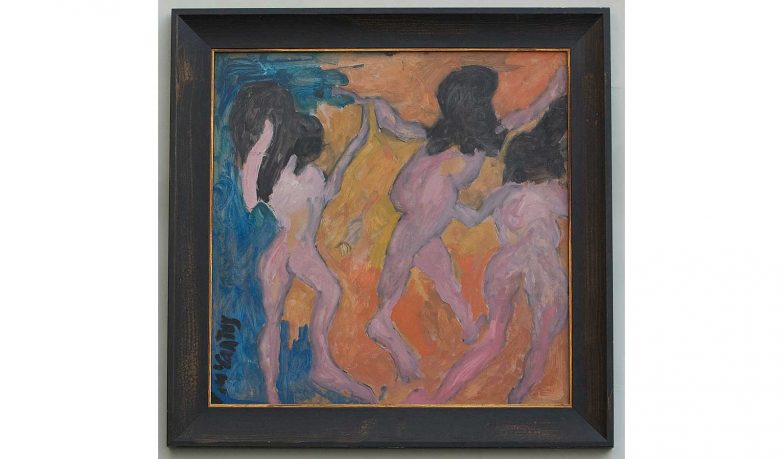 (1892-1977) Justin McCarthy grew up in Weatherly, Pennsylvania where he spent most of his life. He came from an affluent family where his father was a gentleman farmer and sometime publisher with whom he moved to Paris after a favorite brother died. Left on his own a lot, young Justin spent time at the Louvre. In 1907, his father committed suicide. Justin subsequently failed law school and had a breakdown which required hospitalization. It was during his stay in the 1920’s that McCarthy began to draw. 20 years later, he began using oils. He had a distinctive acidic palette and brash technique reminiscent of German Expressionism. He painted mostly things that interested him; movie stars, fashion, and sporting events. In the 1960’s he was discovered by the Strausers who were also self taught artists. He became part of their circle which included Joseph Gatto, Jack Savitsky and “Old Ironsides” Pry. His first exhibit was with these artists in a traveling exhibition, “Seventeen Naïve Artists” organized by the Museum of Modern Art, New York City.