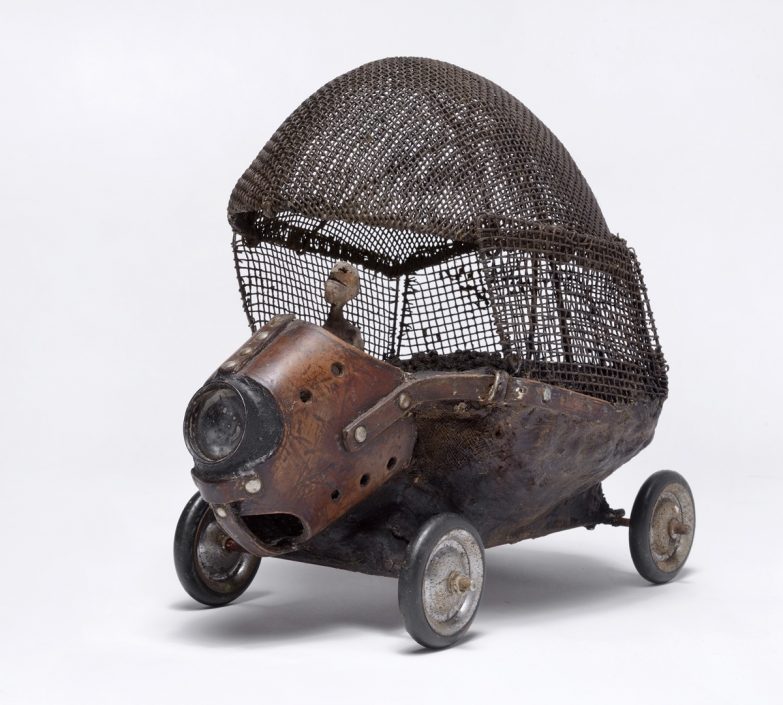 Gerard Cambon
(b. 1960)
Born in Toulouse, France Gerard Cambon is inspired by the colors of the Mediterranean, its streets, facades, and the city of Barcelona. He is a self-made artist who in the earlier years of his life practiced and experimented with collage and model-making. Later with an interest in old machines and patinas he started collecting old and used objects, tools, and fragments of items where their previous lives remained obvious. When he travels one of his greatest pleasures is to find materials in antique shops or ironmongeries.
In 1994 he began creating the Locomobiles and presented them to the public for the first time at “La Jeune Peinture,” a Parisian art fair. As a result he began to exhibit his work in French galleries. In 1995 he got leukaemia and stayed in the hospital for eight months. “As I was allowed to work on my sculpture in the hospital, I began preparing and creating plans for new Locomobiles”. As his health improved he committed himself to his artwork and during the same year met a prestigious Parisian gallery owner who decided to organize a solo show for him once a year, every year at her gallery Le Galerie Beatrice Soulie in Saint Germain des Pres.