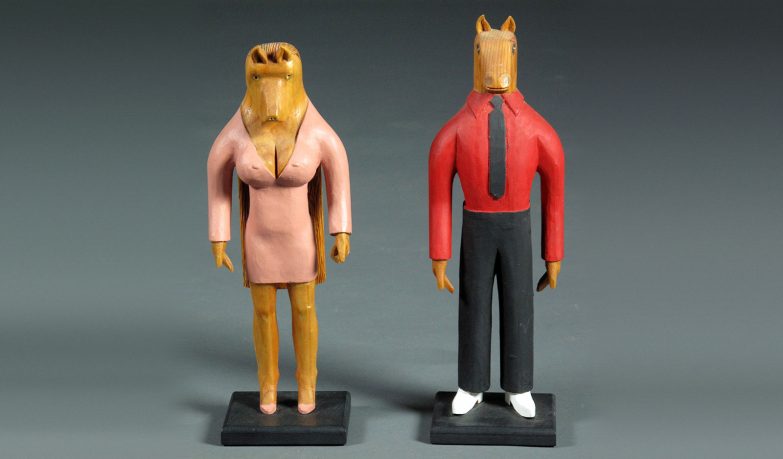 (b.1922) Sulton Rogers was born and raised near Oxford, Mississippi. He traveled to Memphis, Saint Louis, Chicago, Ohio, New York and then was stationed in the army in Texas. In 1952 he settled in Syracuse, New York and worked as a carpenter, a trade he learned from his father. In 1970, he took an industrial job with Allied Chemical from which he retired in 1984. Although he whittled as a child and at the plant, he did not begin carving actively until after his retirement. Inspired by dreams, he carves dead people in their coffins, snakes, vampires and freaks. He uses soft woods such as sugar pine or gum then paints and varnished them.