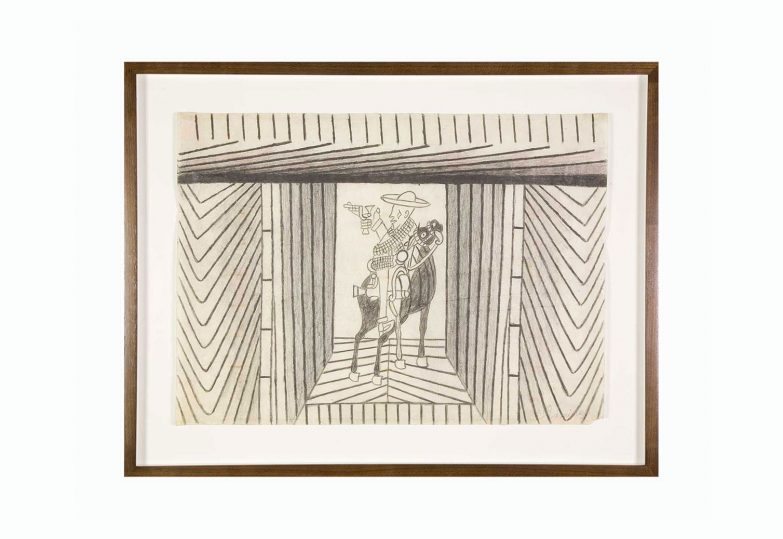 Born in Jalisco, Mexico in 1895. Ramirez worked as a sharecropper until 1925 when he migrated to the USA working on the railroad and living near Auburn, CA. Diagnosed as a catatonic schizophrenic in 1931, Ramirez was institutionalized, first in Stockton, California, then in 1948, at the DeWitt State Hospital near Sacramento. During this time, he worked on drawings and collages that were largely ignored or discarded. At DeWitt, a visiting professor of psychology and art, Tarmo Pasto, came across Ramirez’s work and began to save these somewhat large-scale works made of brown paper bags, scraps of examining table paper, book pages glued together with a paste of potato and saliva. His works display an idiosyncratic iconography that reflects both Mexican folk traditions and culture and 20th century sensibilities. Since his death, Ramirez’s drawings and collages have become highly valued examples of Outsider Art and are found in major collections, including the Guggenheim Museum and the American Folk Art Museum in New York.