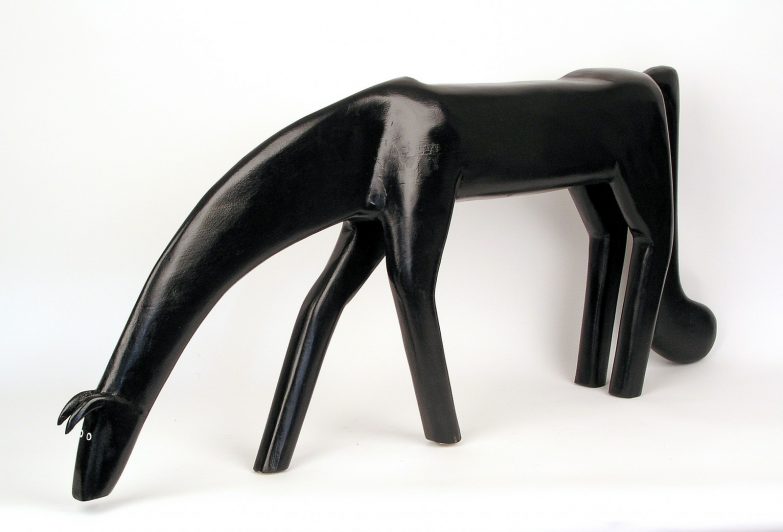 Among the best-known artists in Kentucky, Minnie and Garland Adkins carved animals with great skill and humor, and also gave generous assistance to their neighbors in developing art careers of their own. Although the Adkins’ co-signed everything they made, they usually worked separately. Minnie is best known for her carved and painted red foxes, but she also makes bears, possums, tigers and other animals. Garland was best known for his elegant horses that were either painted black or left unpainted, depending on the look of the wood.
Minnie was the 1992 recipient of the inaugural Jane Morton Norton Award given by the Norton Center for the Arts for achievement in advancing the arts in Kentucky. She also received the Award of Distinction from the Folk Art Society of America in 1993 and the Appalachian Treasure Award in 1994. In 1998, she was awarded an honorary doctorate degree from Morehead State University. The Adkins’ work has been featured in many museum and gallery exhibitions. Their work is in the permanent collections of the Kentucky Folk Art Center at Morehead State University; the Huntington Museum of Art, W.V.; and the Craft and Folk Art Museum, Los Angeles. Their work is also in the collections of Bill Cosby, Oprah Winfrey and Barbara Streisand.